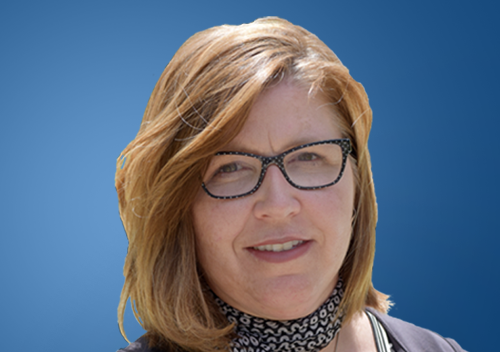 But those who know how economies actually grow have been waiting on Premier Kenney to finally take action and let Alberta’s rural economic engine grow as only it knows how.

When the issue of the Calgary Metropolitan Regional Board made it to the floor of the Alberta Legislature, onlookers were hoping for the kind of red-tape reduction they had been promised.

For so long rural Alberta has been waiting for political bottlenecks to open up. It seemed that the Premier was on side too having just called on rural municipalities to improve municipal approvals and cut red tape to attract business investment. Surely this would mean an imminent end to this behemoth board, a poster-child of former NDP Premier Rachel Notley’s central planning, government-first, programme.

The Calgary Metropolitan Regional Board thinks the economy is best planned by government theorists. But those who know how economies actually grow have been waiting on Premier Kenney to finally take action and let Alberta’s rural economic engine grow as only it knows how. There was great hope that Kaycee Madu would have the required courage and wisdom to realize that Albertans know what they are doing. Madu had only to cut the CMRB from the public purse and we all would have been rewarded with fresh investment and innovation. Sadly, he did not.

But this was going to be different. The CMRB was finally on the floor of the Alberta Legislature and hopes were high for the long lost Alberta Advantage to blow back through like a fresh breeze over a big-government-choked economy. The government knows investment is being siphoned off rural Alberta. In question period, MLA Angela Pitt acknowledged, and rightly, that a three billion dollar investment has fled the region because of the toxic governance in the region, saying, “the backers of a $3 billion local infrastructure project off highway 8, have raised concerns over the city of Calgary blocking Rocky View county from approving the project” But instead of defending business and agreeing that the problem needs decisive action, Minister Allard offered some pensive observations that did nothing to clear the air, suggesting that, “healthy tension can be channelled to push each other to greater solutions.” What does this even mean? A loss of a three billion dollar project is not healthy tension, it is a failure and that failure was painfully on display.

This was not an exchange to clear the air, it was a status-quo white flag. It was an easy question and a trite answer that made only one thing clear: the government knows the CMRB is a problem, they know rural Alberta is under this unnecessary government thumb, but they are settled to leave things unchanged. Premier Kenney calls for rural investment, but leaves the political shackles firmly on Alberta land-owners in favour of the big-government central planning theorists at Calgary city hall.

The divide is massive and needs more than just “setting aside differences,” as Minister Allard would have us respond. On one side you’ve got Calgary’s bureaucratic brain trust along with Mayor Nenshi and Councilor Gian Carlo Carra. They think regional planning means Calgary City Hall decides what goes where and actively works to prevent rural development near their city, all while preparing to annex it and develop it for themselves. This limits competition and it is chasing investment away. On the other side rural municipalities who have been buried by new tax adjustments and political red tape are looking to make their counties work. Wanting to give big oil and gas companies a break, the province has downloaded costs to municipalities. Now they’re allowing Calgary City Hall to sterilize their lands and limit their opportunities to attract investment. It is a mess and it all points back to the CMRB and a government who cannot remove it.

The Minister used the expression, “if you fail to plan, you plan to fail.” This is insulting. It insinuates that the years of careful planning done by rural communities are not valid, that only Calgary city planners know best. In their view, only this big behemoth board can manage growth. It is a manufactured solution to a problem that doesn’t exist. Government is famous for stepping out of their lane to meddle. We expected If from the NDP, but from Premier Kenney and the UCP? Somebody is giving them bad advice. I suspect it’s the pressure from the urbans, using all the right language to justify the great need for such a planning board. The reality is you could knock on 1,000 doors in any of these urban municipalities and you’ll be hard pressed to find anybody who even knows what the CMRB is. But knock on the doors in rural Alberta, and they’ll know. Because it’s about property rights, personal freedoms, and fiscal responsibility; issues that have always been at the core of Alberta’s prosperity.

If Premier Kenney thinks rural Alberta should be open to investment, he’ll be hard pressed to find anyone in rural Alberta who disagrees. But we wonder if people in his own government could say the same. They appear to be choosing politics over principle. That never ends well in Alberta.

Read the full article from Western Standard Online at this link: https://www.westernstandardonline.com/2020/11/ucp-wants-rural-investment-but-continues-to-shackle-rural-municipalities/