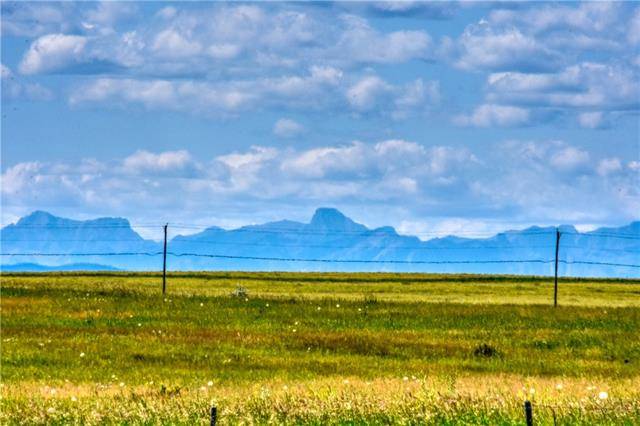 A lengthy public hearing was held for phase 4 of Cambridge Estates in Conrich, and in a controversial decision, Council voted to table the issue until more information could be provided regarding water use. Many residents turned out to speak at the hearing. The area in question is zoned commercial/light industrial in the area ASP and while it became clear at the hearing that there have been communication issues between the developer and residents, the land use approval could have been granted based on the 2015 statutory document, the Conrich ASP.

Many area residents are opposed to having the new business/commercial area next to their homes, however, Prince of Peace residents are in favor as this phase of the development increases the probability that the infrastructure will be put in place to hook them up to County water.

The developer and supporters pointed out that approval of Phase 4 would depend on hooking up to the County’s water system which would be a huge benefit to Cambridge Park residents as well as Prince of Peace residents.

Administration presented a report to Council regarding public feedback on the Specialized Municipality Status.

As you are aware, Rocky View is considering moving ahead with the pursuing of Specialized Municipality Status from the Province. The justification is that Rocky View, while proud of its agricultural history and agriculture operations, is so much more than just a rural municipality, a change of status would better reflect the diversity of the County.

The report showed that feedback received on the issue is mostly supportive although most residents don’t seem too concerned with the issue. It is not showing to be a hot button issue and most of the residents who provided feedback are generally aligned with the key points on the issue. There is general support with 75% of respondents believing taxes should be linked to services provided. Some areas of the county require more servicing than others and different areas have different needs.

Of note is that some of the neighboring municipalities like Calgary, Airdrie, and Cochrane submitted letters of objection to Rocky View’s decision to pursue the status change. The urbans are clearly making a political statement hoping to keep Rocky View down and are once again showing a protectionist posture, trying to keep Rocky View from attracting more investment. These urbans have no problem doing the same things they oppose Rocky View from doing. They demonstrate a clear un-Alberta like anti-neighbourly stance, and do not wish to see Rocky View have the autonomy to drive its own destiny.

Council voted to receive the report as information. Administration will be back before Council in July with a recommendation.

Councilor McKylor seems to have found a path forward with providing internet service in the County.

McKylor brought forward a motion along with Councilor Gautreau, calling for the County to develop a fulsome process to allow residents to utilize the opinion for a local improvement tax, and work with administration and third party internet providers to bring high-speed internet into communities.

This motion had clarity and vision as opposed to previous motions brought forward by Councilors Wright and Hanson. It received full support

Here is the motion:

“that administration be directed to develop a fulsome policy, which would clearly define a process by which local communities could pursue the finance, construction, and operation of high-speed internet connectivity through a community-led initiative, and that this policy be brought for Council consideration at a workshop to be held in September of 2020.”

As the motion states, Council will have a workshop on the issue in September followed by Council’s consideration in the fall.

SHOULD COUNCIL ADD AN ADDITIONAL MONTHY MEETING OR GO TO EVENING SITTINGS?

Council received a report from administration on whether there is a need to add a third Council meeting each month.

Administration pointed out that 18 of 20 municipalities surveyed use the two meetings per month system, and they concluded that there is no need to add a third. They added that committee work helps to distribute the workload. Staying with two was the recommendation.

They also discussed the potential of evening meetings as a way of becoming more accessible to the public. While all agreed public accessibility is a good thing, Council meetings are 5 and a half hours in length on average (not including breaks) and scheduling in the evening would mean some incredibly late nights and a ton of overtime pay for staff. It was widely recognized that the drawbacks and challenges of moving to evening meetings far outweigh the benefits. The report was received as information and Council agreed to discuss the issue further at their annual organizational meeting in October.

Rocky View County will be holding a special public hearing tomorrow (Thursday, June 25th) to consider the new land-use bylaw which administration has been working on. The County has been gathering public input and holding consultations with the intention of drafting a new land-use bylaw which will add clarity for Council, residents, and developers. It was widely regarded that the previous land-use bylaw was too lengthy and cumbersome and in the County’s efforts to reduce red tape and streamline processes this new bylaw is coming forward. You can review the bylaw which will be coming before Council here:

If you wish to attend the meeting and speak at the public hearing you can now do so in person as the County offices are open to the public again. There are social distancing protocols in place and new rules to be aware of, but the public is welcome. The meeting is tomorrow (Thursday, June 25th at 9:00 am) at Rocky View County and if you don’t attend, you can watch online as the meeting will be streamed for the public.

We will continue to keep an eye on important issues and developments in Rocky View and keep you informed. If you would like to support our efforts by making a donation, please send us an email to execdir@rockyview2020.com and indicate you would like to contribute.

At Rocky View 2020, “We Exist To Make Your Voice Heard