Nenshi’s regional board is at war with rural development 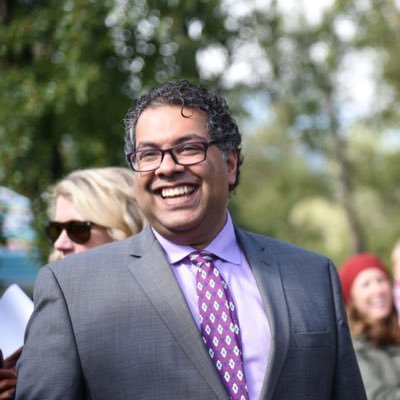 With the stroke of a pen arbitrary drawn across a map, many thousands of acres of rural lands surrounding Calgary are about to be sterilized of their economic potential. Land that owners intend to develop – creating thousands of jobs – has been rendered useless.

We used to take pride in the ‘Alberta advantage’. The record shows that when we let good people use their land, they return the favour with growth, jobs, and wealth that build our schools and hospitals. Alberta’s innovation has done even more. It has produced enough wealth to share with those provinces with more limited opportunities. But it seems this is coming to an end.

The Calgary Metropolitan Region Board (CMRB) has been plodding along since Rachel Notley created it to impose a growth plan for the entire region that is highly prescriptive and anti-competitive. The central planners in urban municipal think-tanks and lobby groups in Calgary and Edmonton think they can build Alberta from behind a one-way-mirror at a focus group. They’ve had their chance, and they’ve failed.

Last week all the warning shots that we have been firing hit the target. The hammer dropped, the shoe fell, the truth was revealed. The CRMB made public the maps they are working on to plan the region, and what they reveal is very telling about what the future holds if the central planners at Calgary City Hall and the CMRB get their way.

In short, there is a good chance that if you own land in the areas surrounding Calgary, it was just sterilized by this unelected fourth layer of government. They have just dictated from behind closed doors that you will now be severely restricted from building your business and contributing to the economy. You’re out.

The Board’s consultant – an urban planner from San Francisco – included three future development areas for the region, two in Rocky View and one in Foothills County. If you own land in one of those, you have a chance of moving something forward, but there’s a catch.

The CMRB growth plan will take precedent over any other land-use. That means that if a developer wants to amend his current plan and add units or do anything to remain nimble and adjust to the marketplace, they will have to do it according to the CMRB’s plans.

But the most egregious act of this plan is what happens to lands outside these designated joint planning areas. Effectively, that land is frozen to any business or future development.

Future development potential will now be restricted to urban locations, period. Their plan is to eliminate the competition. They did not present a better service or product. They just lobbied hard enough to change the master plan. It’s a toxic turn for southern Alberta’s economic future.

We have been warning for some time that Calgary Mayor Naheed Nenshi has been using this Board and his allies from urban municipalities (not coincidentally those who buy their water from Calgary) to stifle growth in competing rural districts.

If you own land near Calaway Park and you had a good idea for a business to serve families out for some fun on Sunday afternoon, you can forget about it.

If you had a project on Highway 8 that would provide housing choice in the region, and competition for the marketplace, forget about it. That’s not on the map. But what about the hundreds of thousands of dollars that’s been spent getting projects through the approval process in neighbouring municipalities? It doesn’t matter. The Board has spoken. Well technically, not yet, but it’s about to. These draft plans move forward to the province for approval on March 1st.

Before we hold out hope that the province won’t approve the plan, we have to look at their track record on the CMRB. They have caved to the lobbyists at every turn. They prop up the CMRB when they should be dismantling it. The simple fact is that they need the votes and rural Alberta makes an easy loser in their eyes.

It’s not like the UCP hasn’t been made aware of this. They appear to have other priorities.  Given the COVID-19 pandemic and the cancellation of the Keystone XL pipeline, you can understand why they are distracted. But the Minister of Municipal Affairs, or Jobs and Innovation, or Red Tape, or somebody who even remembers what the Alberta advantage is all about had better act before it is too late.

If this land-use plan gets implemented there are thousands of jobs and billions of dollars in investment that will go with it.

The central planners may think that nothing stands in their way as they begin to mount their master plan in Mayor Nenshi’s office and pour a round of drinks. They know that between a pandemic and a deadline of March 1st, so few eyes will see their plan. They know the development industry and landowners’ lobbying efforts to the province have failed, and they know that while eyes are turned elsewhere their master plan can take effect. They know that the CMRB is stacked in their favour, it was designed that way. But we can sound the alarm.

What happened to the Premier Jason Kenney’s rallying cry to “make Alberta the best place to do business in North America”?

The UCP, Jason Kenney, and his ministers can stop this madness. The only question is, will they?