Nenshi’s latest power grab over rural communities must be stopped 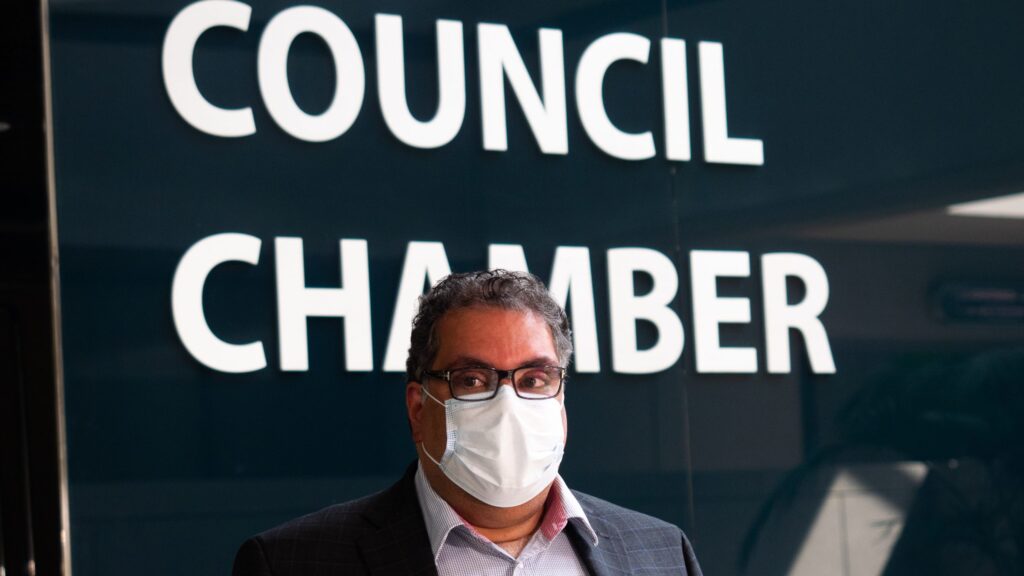 Nenshi has hired a lobbyist to obtain more powers over the rural communities surrounding Calgary.

In Calgary Mayor Naheed Nenshi’s world, it’s his way or the highway. That’s why he hired a lobbyist to tell the province that Calgary City Hall should have control of the entire region. Should we be surprised?

It has been his way of treating Calgary’s rural and small town neighbours for years. Nenshi is famous for trying to lord over other municipalities through the Calgary Metropolitan Region Board (CMRB). The member municipalities of the board are trying to grow their economies, attract investment, and make decisions for those that elected them. In Nenshi’s eyes, that’s a job for him and his bureaucrats. Only he, and he alone, should decide where investment goes in the greater Calgary area.

Hiring a lobbyist shouldn’t come as a surprise, but doing so without Council approval ought to sound a few alarms. Rocky View and Wheatland counties hired a lobbyist, but they did so in the open after a healthy and robust discussion on their respective councils, and largely to navigate the pressures coming from Nenshi’s office. They decided that protecting their citizens against the bully next door was important enough to spend a few dollars on. But Nenshi could not be bothered with such trivial democratic practices because. Never content to simply be mayor of Calgary, he seems to enjoy flexing his political will as ruler of the realm.

Perhaps somebody closer to the United Conservative Party government in Edmonton could explain the importance of local autonomy, property rights and free-enterprise principles for rural Albertans standing in Nenshi’s shadow. So far, it hasn’t worked because the UCP continues to let this behemoth board trudge along spending millions of taxpayer dollars chasing away hard-fought investments from neighbouring municipalities.

A quick glance at those doing the lobbying reveals the true nature of this NDP-mandated central planning board. On the file for the lobbying firm hired by Nenshi is none other than Keith McLaughlin. He is the former Chief of Staff for Municipal Affairs in Rachel Notley’s NDP government. The same government that mandated this central planning disaster. He helped write the playbook for this unnecessary and unelected fourth layer of government that gives Calgary city hall the keys to the region. He will happily sit down with Conservative MLA’s to tell them how wonderful and necessary this boondoggle of a board is. No wonder Nenshi likes him.

Nenshi says he needs to counter misinformation. He thinks a two-billion-dollar investment leaving the province happened long ago. Here again, his facts are dead wrong. Western Securities was in the process of creating an Area Structure Plan (ASP) for its project along Highway 8 when company president Ryan O’Connor made the decision to pull out, citing “the headwinds of the CMRB.” O’Connor rightfully realized that as long as Calgary city hall and Nenshi are allowed control of the region through this NDP-mandated board, it’s highly unlikely that a big project outside Calgary’s borders will be given approval. Calgary city hall has veto voting power on the board and will use this undemocratic tool to get their way. It is a recipe for limiting competition, and chasing away investment.

Airdrie East MLA Angela Pitt was right to raise the issue of the CMRB in question period, even if it was painfully obvious that Municipal Affairs Minister Tracy Allard knew it was coming. Allard parroted UCP talking points on the subject while hardly acknowledging that billions of dollars in investment is leaving Alberta because of their own policy. It was the usual song and dance when a government member asks a puff ball question of their own minister. But at least the subject was raised. Don’t count on the NDP raising the issue.

And while Nenshi turned to lobbyists to help sell the merits of his undemocratic pet board, the UCP must be realizing it has a problem on its hands. If Nenshi and former NDP bureaucrats are aggressively pushing a policy, there’s a good chance it’s offside with the principles of conservative Albertans who elected the UCP. Let the politicians twiddle their thumbs, because while they do, hardworking and industrious rural Albertans are continuing to build Alberta.

Nenshi and his big government lobbyists should stand down and let Albertans and their ideas and entrepreneurial spirit help get our economy rolling again.

Read the original article on the Western Standard Online at this link: https://www.westernstandardonline.com/2020/11/mcallister-nenshis-latest-power-grab-over-rural-communities-must-be-stopped/